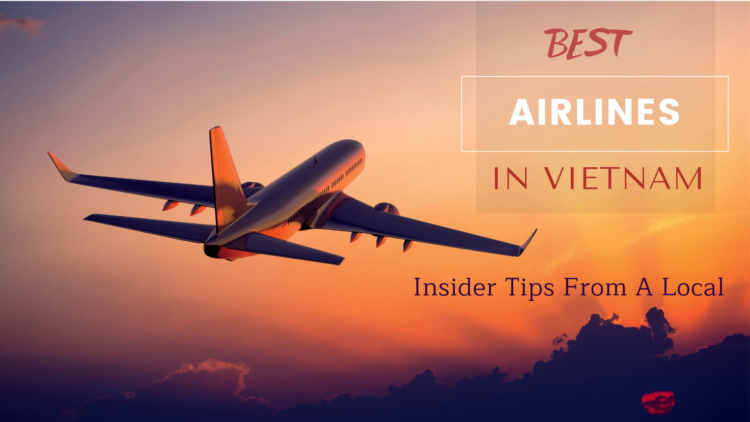 Traveling Vietnam, you’ll eventually be faced with how to get from point A to B, either the fastest, cheapest or most effective way possible for your travel needs. Naturally, we feel the best approach is to travel Vietnam by motorbike. However, you might find yourself looking for a flight when the fun is over or when you’re trying to make up lost time in an ever-changing travel schedule. Bus, train, and plane, there are options, but the most effective is going to be in a flying tin can. 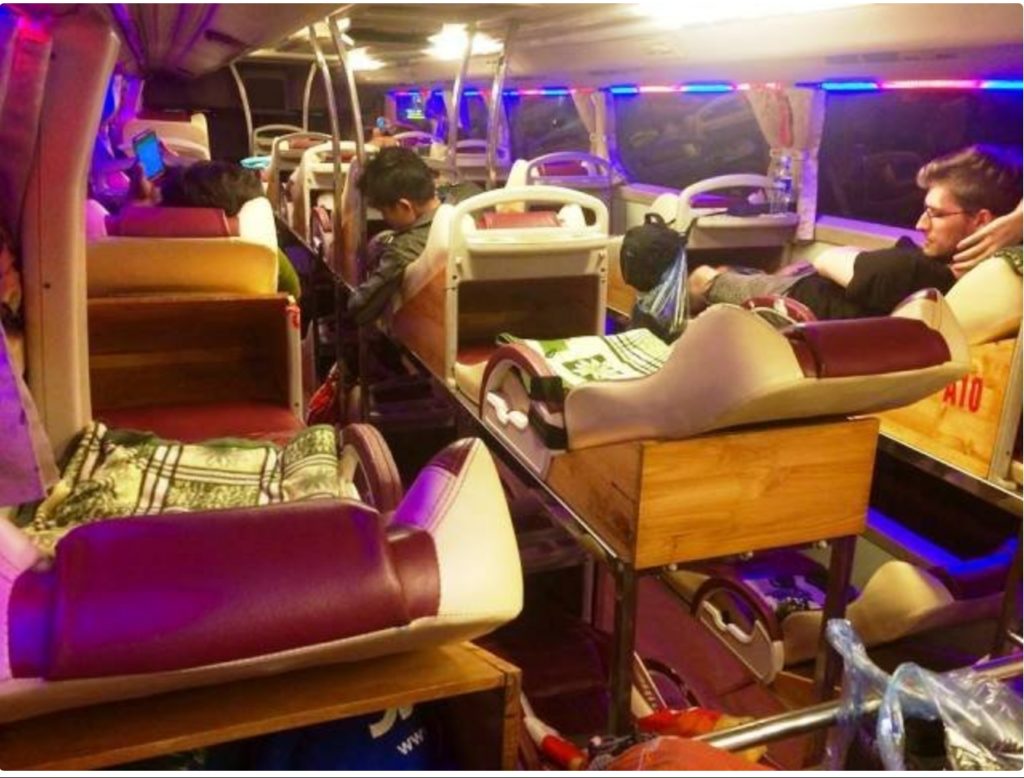 Image: vietnamlocalbus.com  – A sneak peek inside of the sleeping area of an overnight bus in Vietnam. Better hope nobody snores!

Bus vs Train vs Plane

To give you a quick idea of what you’re options are, we will compare the lengthy Saigon to Hanoi travel route three ways.

Bus: 38-45 hours. Around $30, plus the cost of food and drink, plus the cost of losing two days of your vacation on a bus and one day of recovery from the journey. I’ve never heard anyone say how much they love busing!

Train: 33-38 hours. Around $50 depending on the class. Usually plus food & drink. It looks cool in photos, by hour eight you’ll likely be over it.

Plane: 2 hours. Around $60, no need to eat on the flight, just grab a meal before you depart. Hurry – Wait – Hurry – Wait – Pee and repeat. Flying isn’t all glamour, but it will trump the bus and train for medium and long-distance routes.

There are going to be any number of outside factors that might influence your decision making for choosing a bus or train over a plane. For example, if your route was too short to justify flying, or you wanted to ride on a train for novelty sake. For anything where a 1-hour flight for $50 can be utilized over a 15-hour bus ride for $12, then a flight is the only way to go. The backpacker might argue that they are saving $7 on a dorm bed by using the $15 bed in a sleeper bus for the night. You can decide if a large amount of time or a small amount of money is more important here. 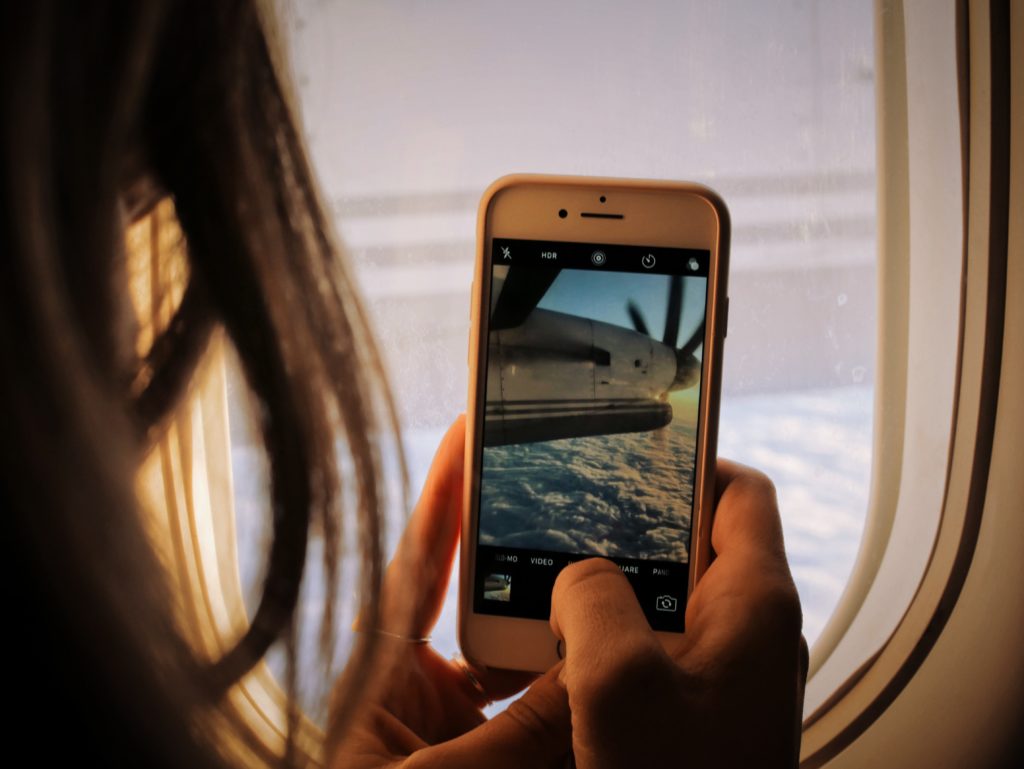 Photo by Patrick Tomasso on Unsplash  – Once you’re inside the plane everything is photo ops and sharing pictures. It might just take some time to get here.

Vietnam Airlines: Vietnam’s “high end, flagship” airline, serving domestic and international flights. The flagship airline is the most expensive, but the service and scheduling often justify its price.

VietJet: Vietnam’s rapidly growing budget airline. Cheap is the name of the game, and for the price, service, and quality, this modern fleet is impressive. However, VietJet continually struggles with delays and scheduling problems.

Bamboo Airways: Having just emerged on the scene we haven’t personally flown with them. There is a well-reviewed flight of both economy and business class by a reviewer who more or less lives on airplanes. Overall Bamboo looks like they might have a good shot at making it in the Vietnam airways. 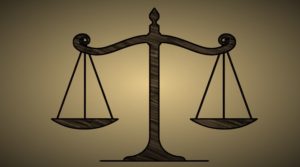 The Pros & Cons Of The Four Carriers

Expansion plans and new builds are in the works for both Ho Chi Minh and Hanoi with the new Long Thanh International Airport underway near Ho Chi Minh. They have a three-phase plan laid out, it’s designed to increase travel capacity to 100-million passengers by 2035. Phase one is scheduled for completion in 2025 and should increase the number of passengers through the airport by 17-million passengers.

With airline heads reared and passengers caged in ques, situations are a competing cockfight for airspace. It will be several years until ground pressures for takeoff and landing are eased. 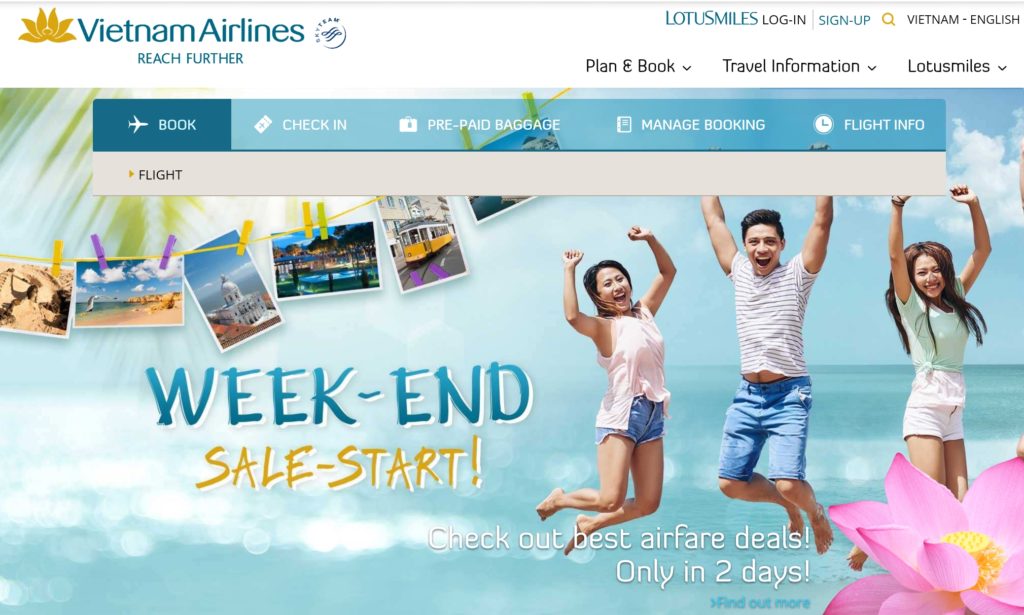 When flying with Vietnam Airlines, you typically assume that the overall standard will be better. A walkway will be offered to avoid the cattle feeling of the bus, the flight attendants won’t treat you like your seven years old and allow you to use your devices, that the flight will be remotely on time, and that the majority of passengers will have even faint flying or personal manners.

These are all assumptions though, and it is possible that on your Vietnam Airlines flight to Hanoi or wherever you’re going, all these assumptions may come true or could fail one by one. In the event of the latter, you have basically emptied all of your premium paying dong in the toilet and been forced to watch it swirl away. If that happens, you could have had the same experience with VietJet for half price! 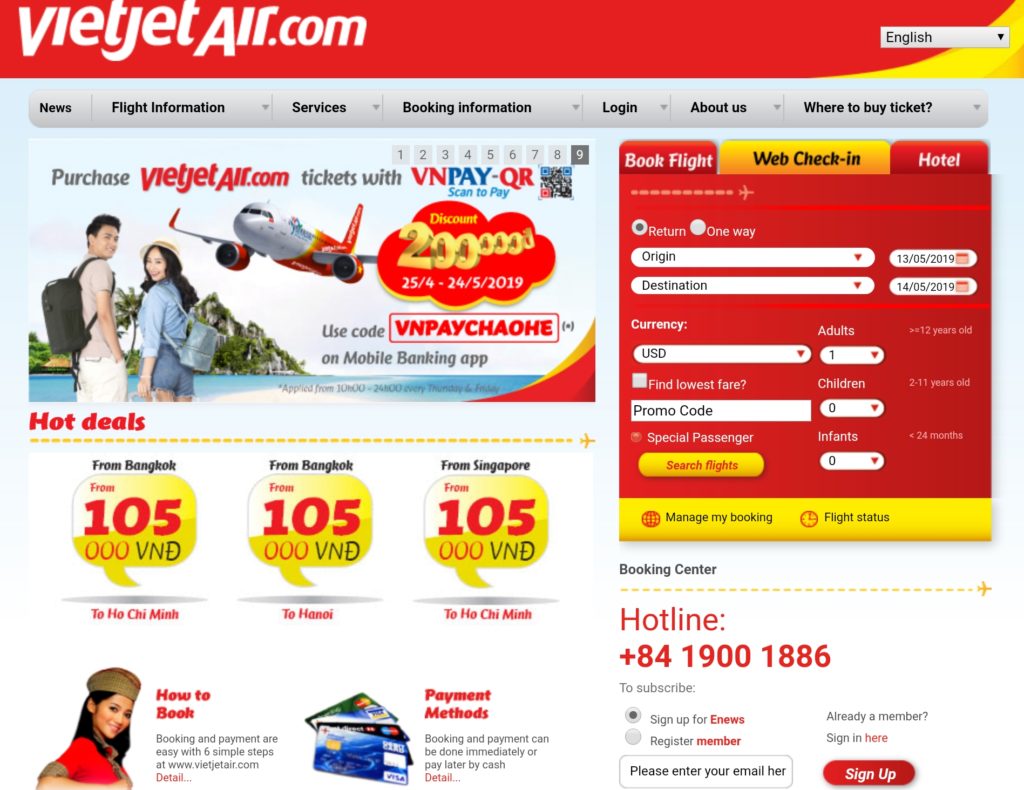 You Get What You Pay For could not be more accurate than when flying with VietJet. You want the cheapest you are going to find yourself flying in the company of Vietnam’s cheapest people and their qualities and way of life follow them right onto the plane. For a short flight, this might be full entertainment. After touchdown though, you’ll be happily back in your foreigner bubble and can switch to people watching in the backpacker pubs and clubs. 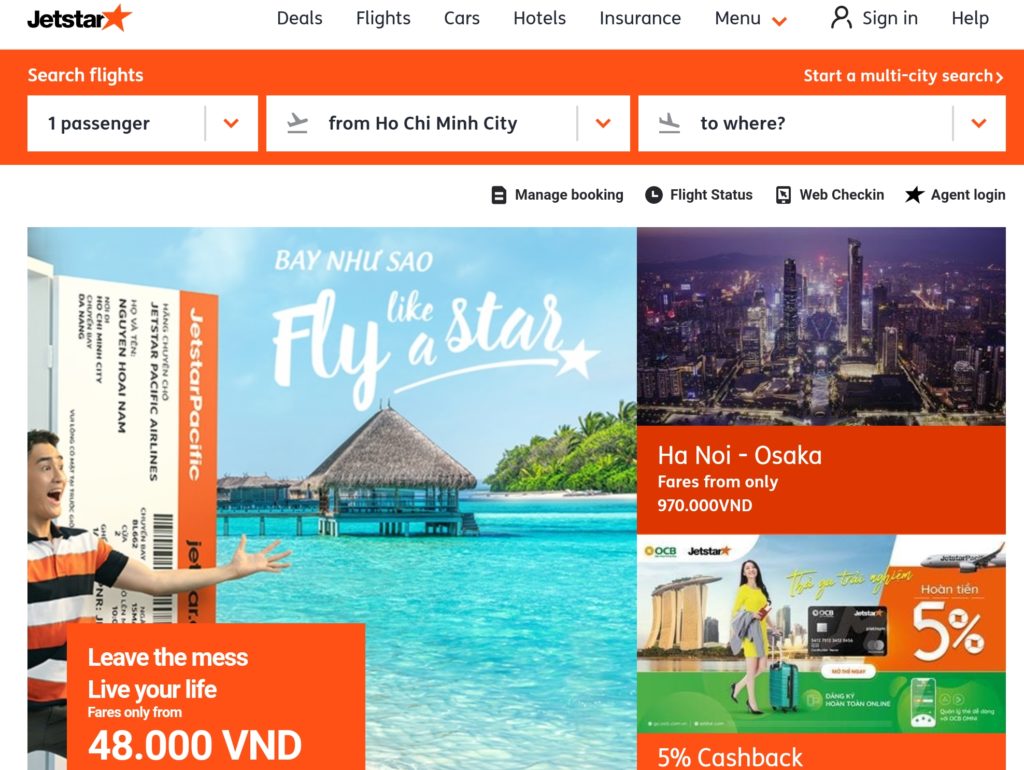 If it isn’t clear, the reality is Jetstar is just a more expensive VietJet. They have some good points, and they have some bad points, but really if your going this way, it is based entirely on price. Just choose cheaper VietJet, if the flight you want/need for your Saigon Adventure isn’t available, check Jetstar. 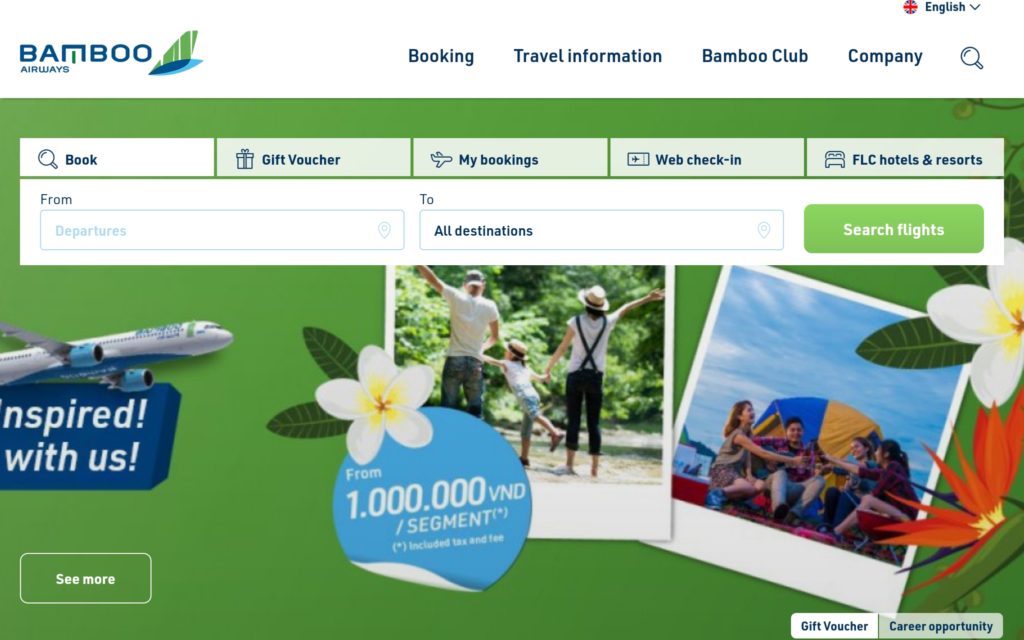 As Vietnam continually expands on the global scene for holidaymakers and nationals expanding their travel footprint. They currently offer up eight planes flying to local destinations like Buon Ma Thuot and international destinations like Japan, Korea, and Taiwan. Bamboo is hoping to service both the calamity of national first-time travelers and experienced international travelers.

That said, Bamboo is too new to offer up pros and cons that can be backed by any real reference points outside of personal opinion and a limited number of reviews. At the very least they appear to be trying hard to win over customers in the early days, and as the public continues to vote with their dollars & dong, it will become clear if they end up being competitive or mercilessly crushed. 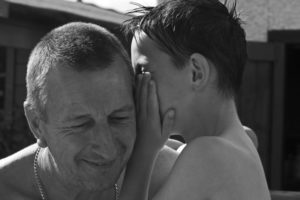 Image: fen-tastic via Flickr.com   – If a local who travels has some advice to offer up about a place you want to discover, it’s a good time to listen!

Insider tips for booking a flight in Vietnam.

Small airports and large airports offer up different problems and advantages. For example, VietJet has excellent service but often suffers from endless delays. If the flight is starting from a small airport, like Quy Nhon, then delays tend to be limited. Less competition on the runway equals fewer delays. Well, fewer delays if the incoming flight wasn’t waiting on a flight from HCM or Hanoi. In bigger airports like Ho Chi Minh or Hanoi, VietJet suffers. Here Vietnam Airlines takes air and runway priority, and VietJet is forced to wait.

Where the value fades for the flagship carrier is in the small airports when everyone uses the cattle herding buses, and there are no walkways. When taking into account a chance of VietJet being on time and both airlines being delayed by the slow buses. Suddenly Vietnam airlines premium pricing loses its value.

Get on the first flight of the day. When doing so the chance of your flight being delayed should be dropped to zero. In this case, VietJet all the way!

International same day connections are nearly impossible. With so many factors leading up to possible flight delays, never assume that you will make an international connecting flight with any airline. Maybe with Vietnam Airlines, but never, ever, ever with VietJet. Save yourself the problems on your Vietnam culture trip and arrive for connecting flights the day before. 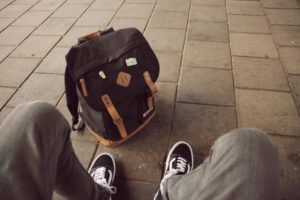 Reduce your luggage to carry on, and you’ll avoid the frequent flying headaches that have likely been building your entire day. Waiting for luggage on a carousel typically adds 20+ minutes to any flight you’re on. Efficiency isn’t the top priority in Vietnam.

All Vietnam Airports are small. LAX and LGW equal trains, transport and timing. In Vietnam, the airports are all small. There is no need to arrive hours early to factor in a 40-minute walk or needing to negotiate a myriad of gates.

Food is cheap and readily available at Vietnam airports. Kill some time with a quick meal, cold beer or Vietnamese coffee while waiting on a departing flight. You’ll probably need the beer!

Grab Taxi App is going to be the easiest way to organize a taxi from the airport. Download the Grab App before you arrive in Vietnam and figure out how to use it. The app works within the airports here.

Never be the last person through the boarding gate. The smart ones of us will wait for the line to die down while we continue to sip our coffee in the departure lounge. Knowing that everyone will eventually end up in the same flying tin can on precisely the same schedule. However, in Vietnam, the smart ones are wrong! The probability of a cattle herding bus instead of a walkway is likely. The last cattle herding bus will wait for late travelers which leads to getting stuck standing on the bus for 20-minutes waiting for last callers. Moooooooove it! 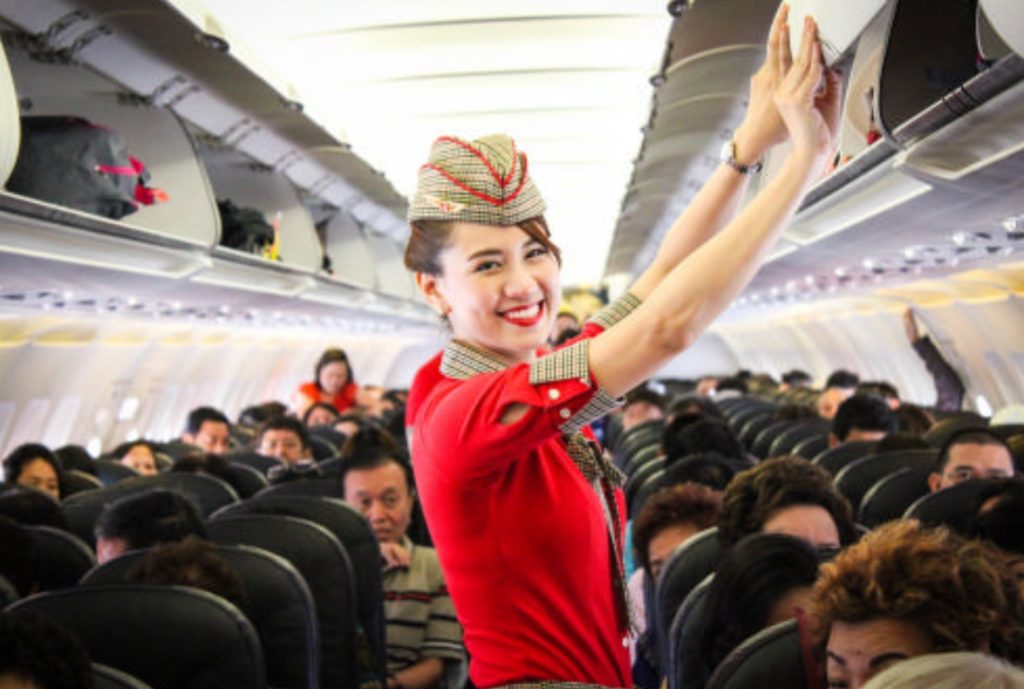 Image: vietjetair.com   – In the promotional photos everyone looks happy and organized, hopefully your in-plane pictures look the same 🙂

It looks like the demand for flights will only continue to grow in Vietnam and thus in a world of free commerce should equal better service at a lower price. Not all things are created equal in Vietnam though, and the infrastructure struggles to keep pace with demand while quality struggles overall.

In the grand scheme of transportation, flying is quick, cheap, comfortable, and relatively convenient in Vietnam. This general service renders the drive through Vietnam on buses and trains nearly pointless, as the mid-points will likely be filled with adventures like Vietnam Motorcycle routes, then the long hauls and time savers filled in by the airlines.

The choice of Vietnam Airlines, VietJet or newcomer Bamboo is largely a bank balance decision. Overall the airlines are good and affordable, though there are specific routes and occasions that justify coughing up Vietnam Airlines extra price if everything runs smoothly that day.

When flying in Vietnam, never assume the same result twice.

Weighing the value of premium price for convenience vs potential delays will lead even the most experience domestic flier to wonder if the extra $50 will be worth it, or the possible delay and cattle treatment will tip the scale to see his money slide into the preverbal toilet.

We’ve done our best to land the odds in your favor. Good luck, you’ll need it along with some patience and a cold beer.

How to navigate Vietnam by Motorbike

What to Bring and Wear in Vietnam