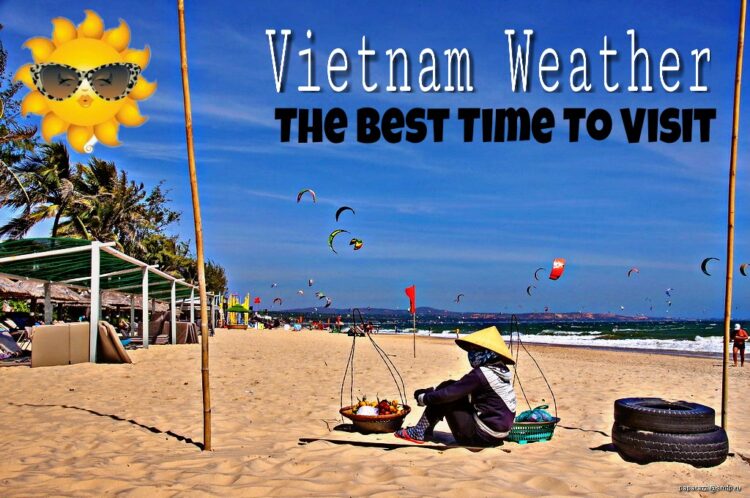 Weather in Vietnam – The Best Time To Visit

Vietnam has varying climates and different seasons in the North and South. There is no perfect season to travel to Vietnam. You shouldn’t plan your motorcycle adventure around the weather in Vietnam. Instead, you should plan your motorcycle adventure and then pack for the conditions to make informed decisions about what to bring and wear. In this article, we will summarise the different conditions from North to South. 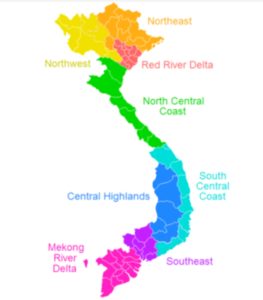 Image: Wikipedia.     Vietnam is broken into numerous regions, and each one is a little different than the other. Don’t expeect the weather to be the same in one to the next 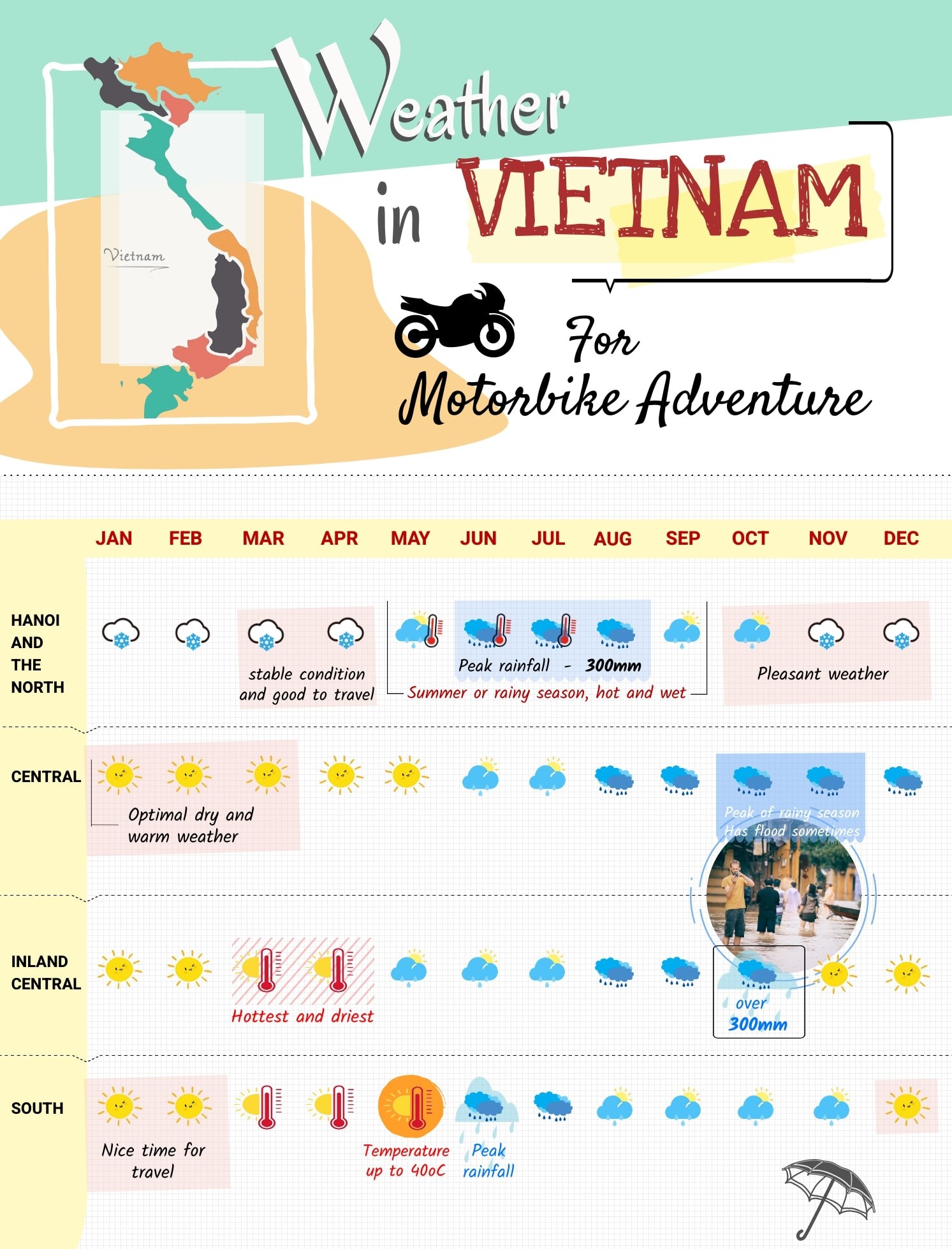 When is the best time to visit Vietnam?

As a simplified whole, Vietnam is divided into three regions. The North, Central Coast/Highlands, and the South.

Within these regions, you can then try to identify their seasons. 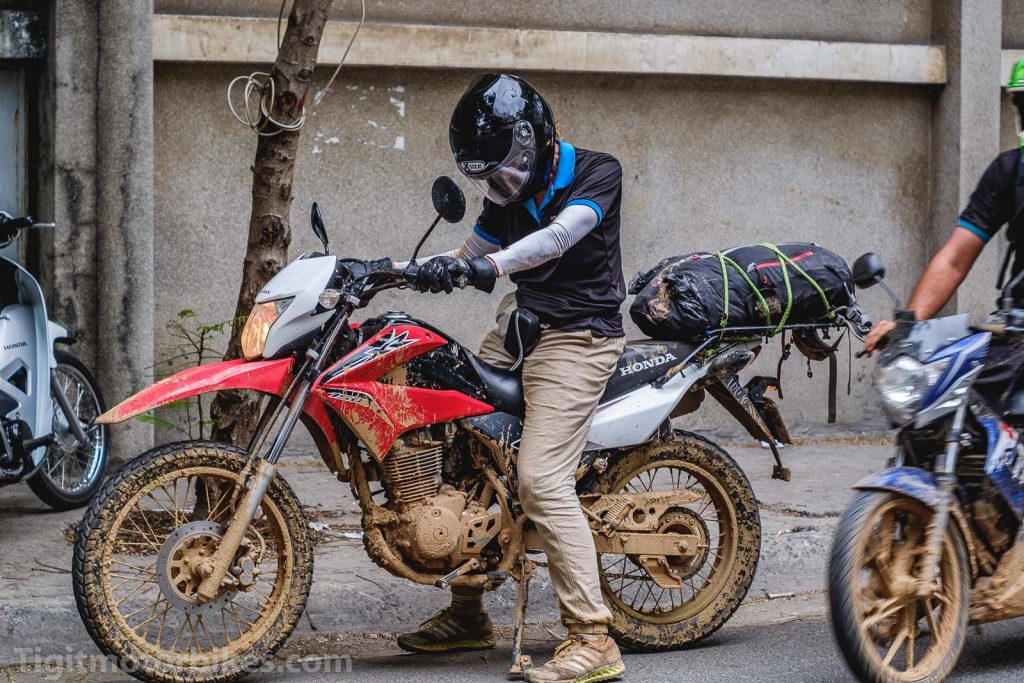 In April and March, the Vietnam weather will be the best overall time to travel. Across the country, the weather conditions and climate are mostly stable. Don’t assume perfect conditions from Ho Chi Minh to Hanoi, though, and don’t let yourself believe the other ten months aren’t worth coming either.

Northern Vietnam. Hanoi And The North

Overall March/April and October/November are the most stable months to visit Hanoi and The North for motorbiking.

A vast temperate region whose monsoon/typhoon season is influenced by the coastline and Truong Son mountain range.

Overall, the optimal time for dry, warm weather will be mid-January to late March in Central Vietnam.

Once you head inland in Central Vietnam, you can include areas like Pleiku and North to Hanoi. Here you’ll find yourself in the mountains and higher from sea level. This results in cooler temperatures and a slightly different climate.

Overall December to early April are the most temperate and dry months to visit inland Central Vietnam for motorbiking the region.

The South of Vietnam is typically hot. The choices here are hot and hotter, with the monsoons bringing more humidity and heat.

Overall, December to February are the optimal months. 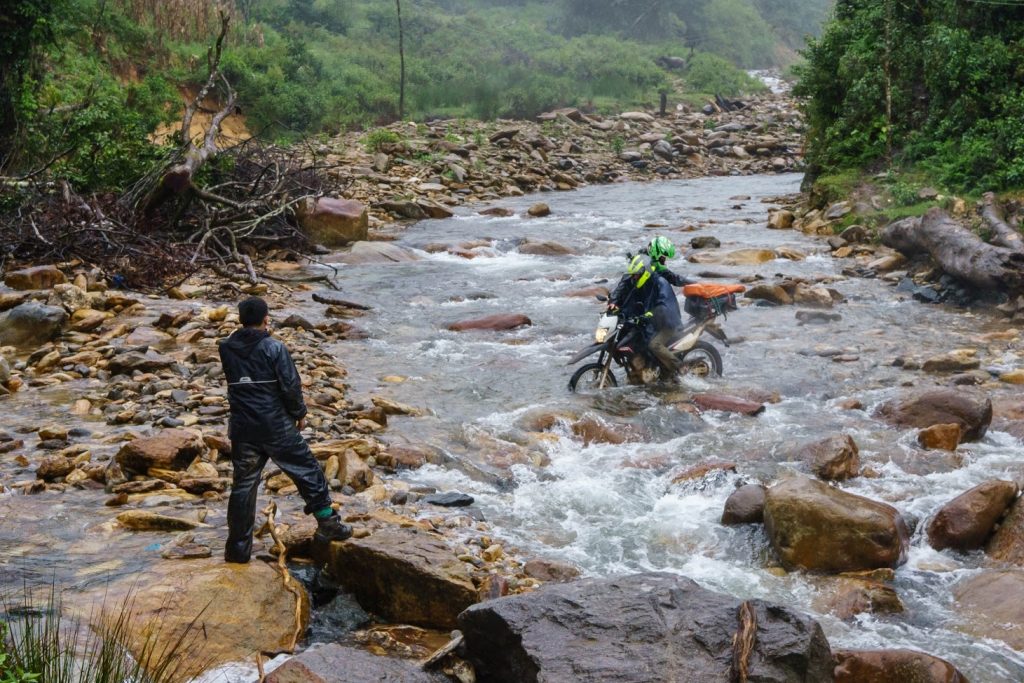 Armed with the knowledge above, you now know that you should be expecting all conditions in Vietnam. The key to a successful adventure on a motorbike is to have the right gear. We have a full article on what to bring and wear. Try and avoid showing up to Vietnam and buying fake North Face gear. It doesn’t work properly and won’t keep you warm. Get the best quality gear from home and pack light but smart.

All of Vietnam is Hot and Sunny

Despite having access to all the information in the world, travelers still show up for Vietnam trips with shorts and a t-shirt expecting every day to be sunny and all regions to be warm.

Storms & rain in Vietnam will ruin your holiday

The monsoon season in Vietnam is often overdramatized and should not ruin your holiday. Like all doomsday newscasters and fake news providers, the situation is never as bad as it’s portrayed in the media. Often areas that have been hit with devastating monsoons are a collaboration of poor infrastructure and harsh weather. Unfortunately, when the rains hit poorer, less-developed regions, they can wash out wooden homes and up-root poorly constructed buildings. When those same storms hit developed cities, they easily wash away unnoticed in a day or two.

The negative clickbait news like those found on Vietnam Facebook groups is so extreme that we advise ignoring it entirely. Plan as you go, knowing that significant storms clear up quickly, and use sites such as Accurate Weather for 24-hour forecasts.Vietnam Weather