Looking around the city streets and it can be seen that locals do not use the Honda Win. They can be found in the mountains used by farmers. The nice thing about the Win is that it is so cheap to buy that it never depreciates. For farmers who can do maintenance at Vietnamese prices then the Win serves a purpose. For backpackers, they are a disaster of expensive breakdowns. On your journey, remember the key phrase motorcycle repair shops near my location. 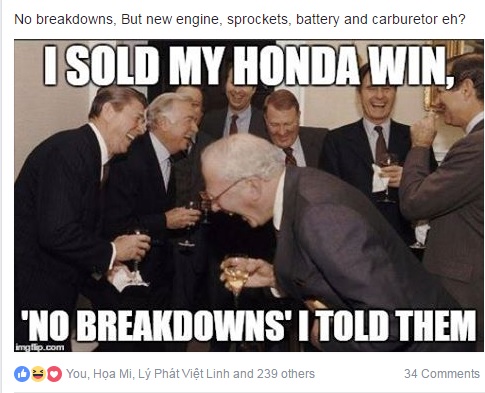