This is documentation (top is newest) of our growth in building rallies and tours. Here you can see our thoughts and progress as we grow and get better at the job!

A re-brand back to the bash rallies as we continue to make a mess of our marketing strategy.

Day one was as smooth as can be. An open style drive with hundreds of KM of gravelly offroad. All groups made it to the end. The hotel blew us away and was above and beyond expectations with a wonderful swimming pool and BBQ party.

Day two saw the beginner groups struggle in the sand. Dry conditions created unusually soft sand that proved too much for most. Combine this with a broken clutch (not Tigit bike), a broken CRF 250 (not a Tigit bike), and a client with a broken finger, and several flat tires.

This put every beginner group into survival and team-building mode. By the end of the day people were beaten, but mostly happy!

The advanced groups smashed the terrain in style and glided hundreds and hundreds of KM of open and technical offroad without any glitches.

This tour saw the fruits of our labor as certain regular and loyal riders have progressed in the realms of now being comfortable dirt enthusiasts. Eating up all the terrain that we can throw at them. Nice one guys! 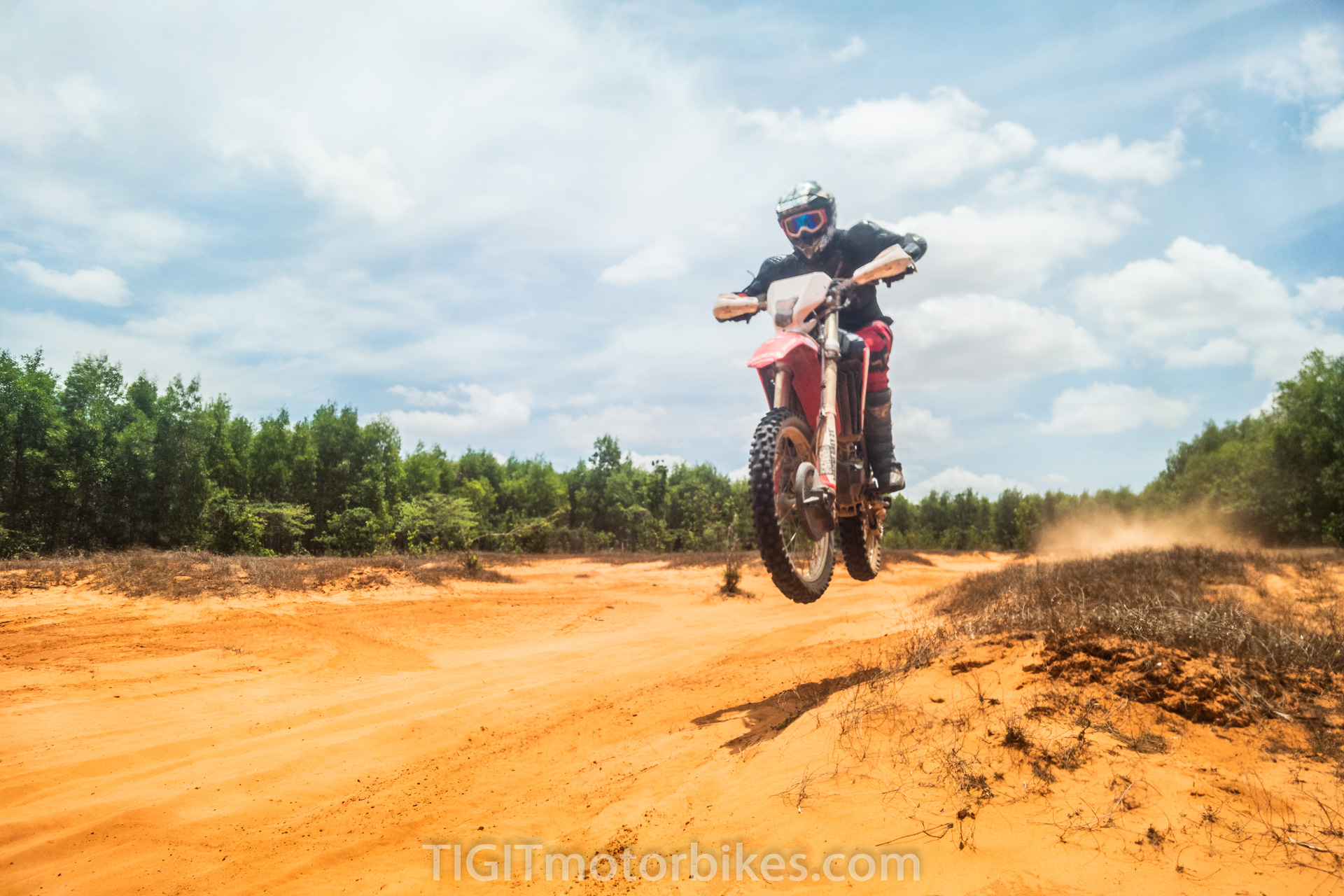 A rally of 20 signups that saw some Honda XR 400’s signup, but this time, the bulk of the clients were on Tigit Bikes. Of which were all equipped with offroad tires and checked to be in perfection.

The Rally to Dalat was a hugely ambitious route that contained technical and difficult terrain that would have been above the skillset of most riders. Tour guides were carefully selected for their discipline and skillset on a motorbike.

Riders were firmly positioned into small groups with 4 people per guide.

Apart from a rocky start leaving the city due to some bikes having no gas, this tour ran flawlessly.

No motorbikes broke down, and everyone stayed in their groups through very remote and challenging terrain. We only saw one rider fall off a cliff, but he managed to survive!

When a complicated operation is made to look routine and easy, you know you have done a good job! 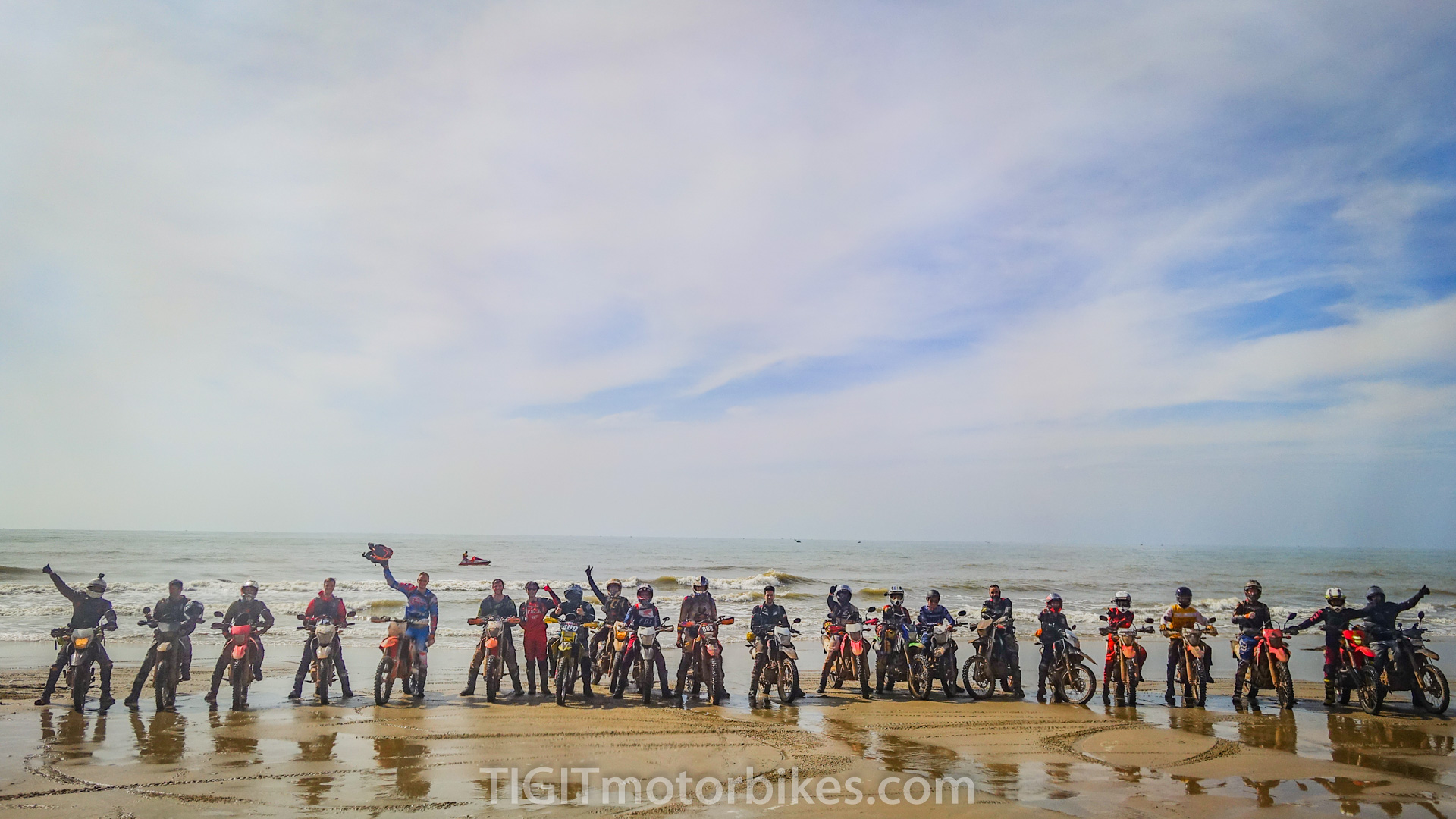 The Chrunix Rally to Lagi saw around 20 signups with a wide variety of bikes. Suzuki DRZ’s, KTM in various shapes and sizes all joined the usual Tigit fleet of Honda XR 150’s, CRF 150’s and CRF 250’s.

Logistically speaking, this Rally was the first time we had full control of the setup. The route was great, and the weather conditions excellent.

The Rally was plagued with tour guides on personal motorbikes breaking down, creating a comical circulation of clients switching groups. But it meant that everyone had a chance to drive at all levels!

We also saw 4 Suzuki DRZ’s signup. Of which, all 4 broke down and didn’t complete the trip! 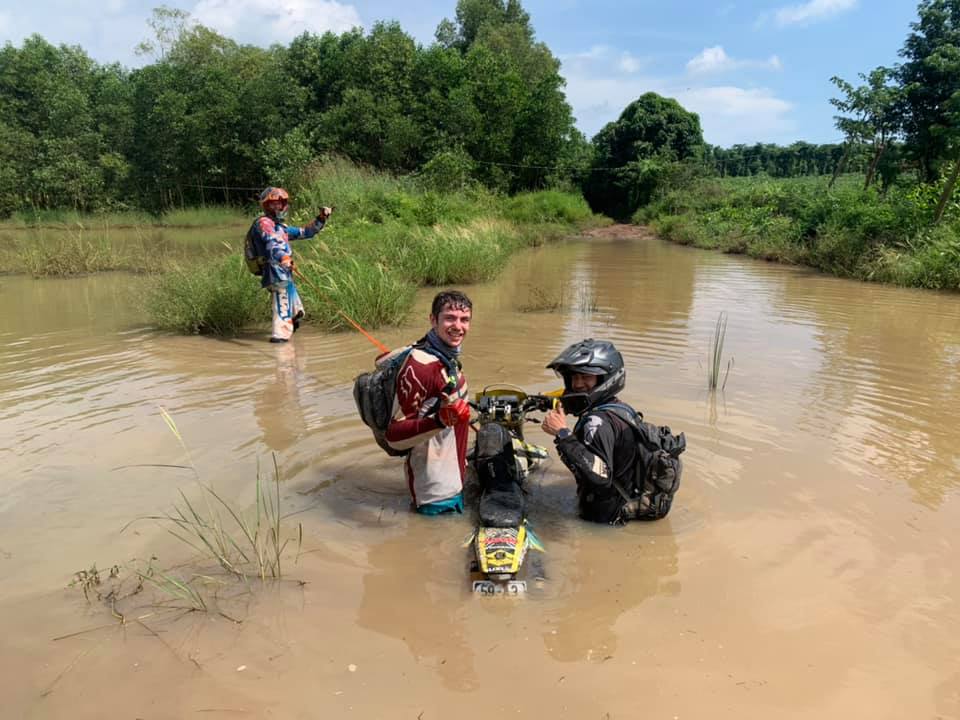 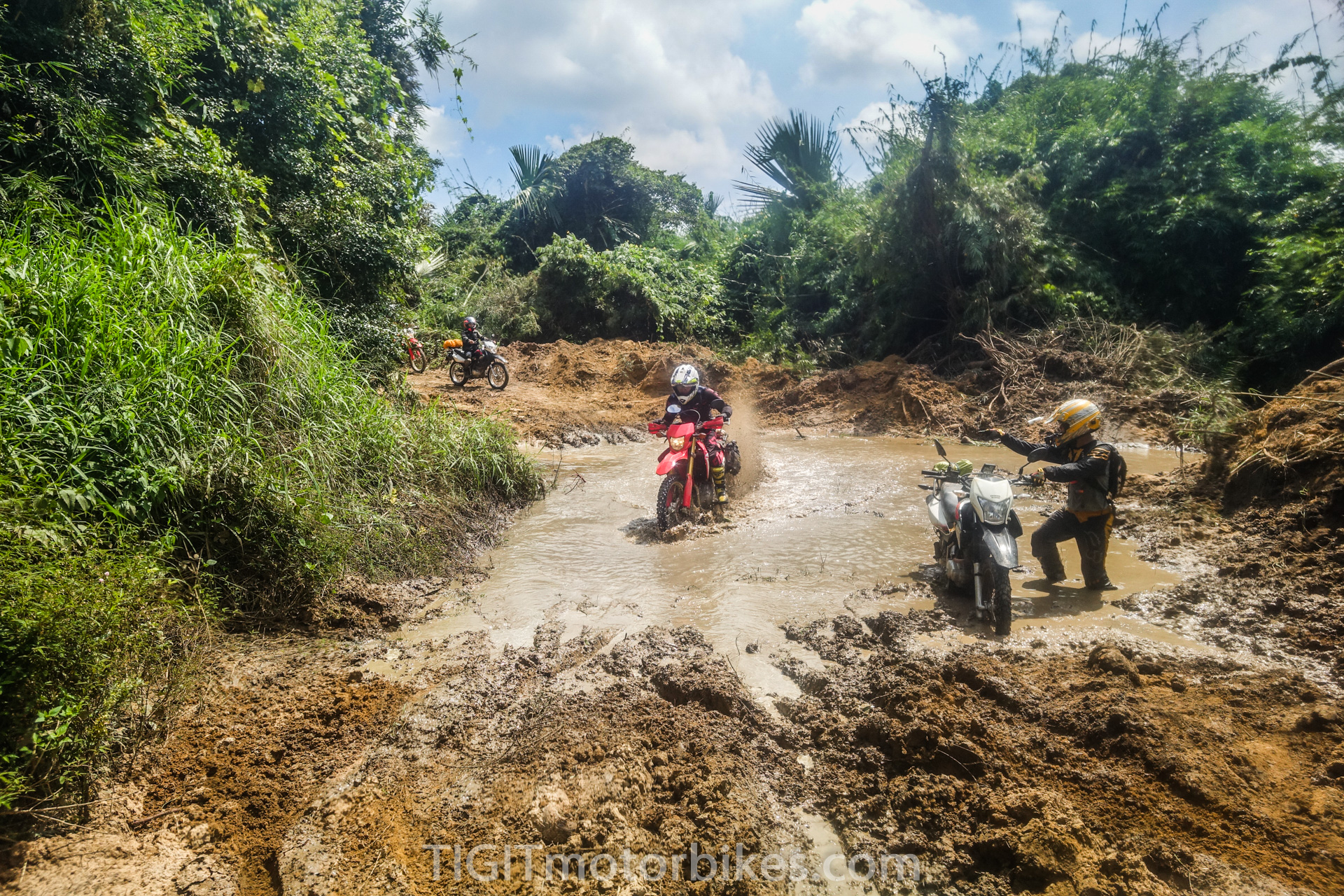 A wopping two years have passed where Tigit expansion in the rental market took over the focus of tours. We slowly developed small tours but were unable to designate enough bikes to run a significant rally.

Corona Virus changed that! So here we go.

Rebranded to the Chrunix Rally to help promote our accessory line.

The Rally was hit hard by enormous rain, which made the route on day 1 too difficult for the groups. Chaos emerged with bikes breaking all over the place with wet clay getting in air filters.

Once again a dedicated and loyal fan base helped everyone enjoy the Tigit struggle as we battled to get bikes and riders through a trail that was flooded.

Volunteer guides came on board for this rally, but we struggled with controlling the groups with the number of breakdowns occurring. Clients on this tour witnessed a team-building atmosphere in harsh conditions as all twenty people (clients, volunteer guides, and Tigit employees) battled to get through the mud.

A 14 man fleet on Honda XR’s headed out into Cat Tien National park in the rainy season. The vast majority of riders showed up in shorts and a t-shirt. Every bike was equipped with dual-sport tires, and the entire setup was comically casual.

A small group of Tigit fans allowed for fun and mess. For most (including Tigit), this was the very first attempt at a real-world tour.

It seems we can’t find what you’re looking for.