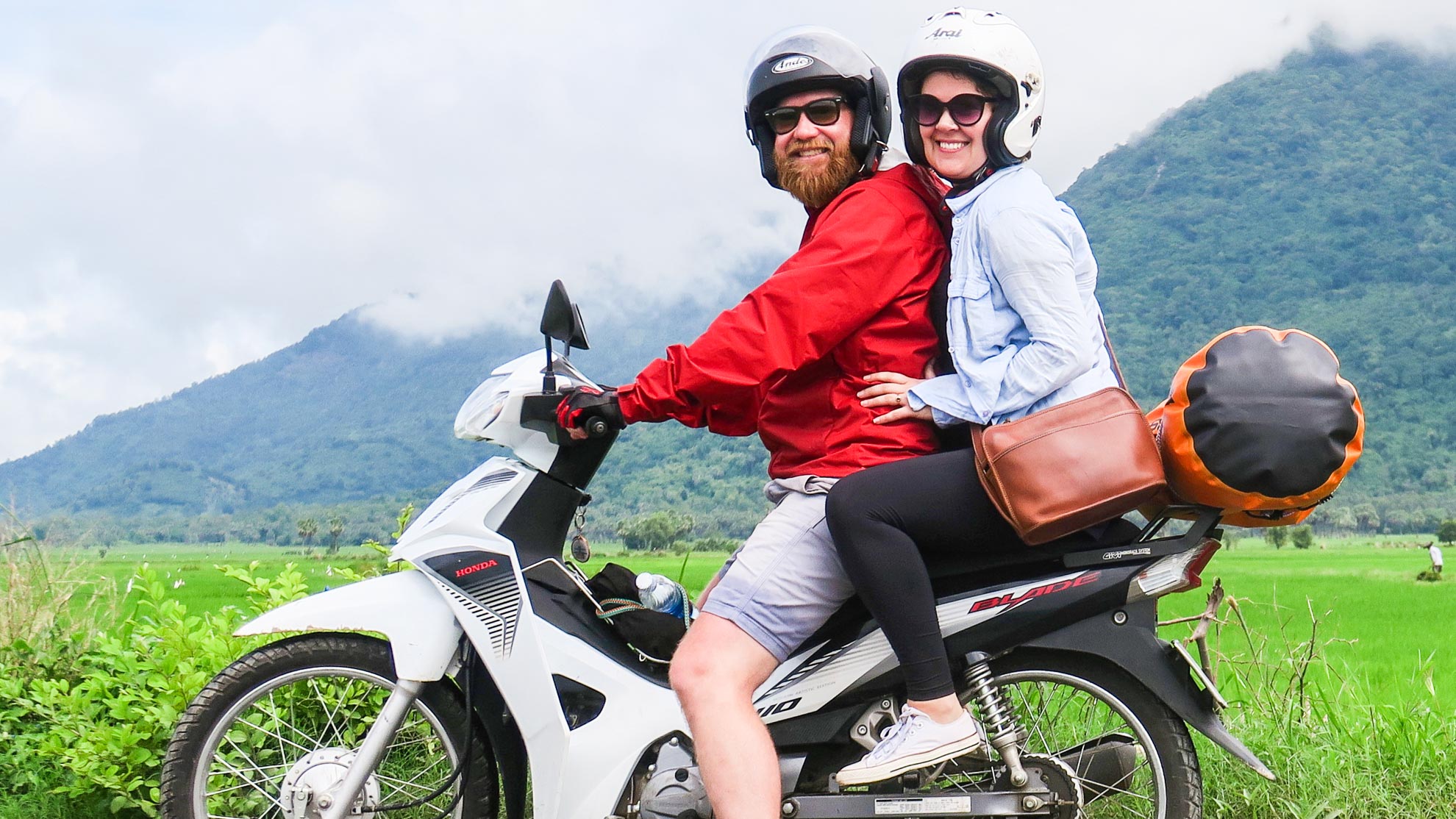 The short answer, a 110cc motorbike (with few exceptions) will travel no more than 100km/h. Or, how fast does a 110cc pit bike go in mph/km? About 10% slower, but customization with the sprockets and transmission gearing can help to achieve anything you want.

An additional 40cc’s isn’t going to revolutionize your speed capabilities on the open roads. A 150cc bike like the Honda XR150 is going to go roughly the same top speed as a 110cc dirt bike. If you choose a dirt bike as your bike of choice, speed should take second place to versatility. You’ll probably want a bike that can haul you through the mud and over rocky roads rather than red-lining down the highway. If you’re lucky, going down the right hill, you might hit 110km/h on the XR150. 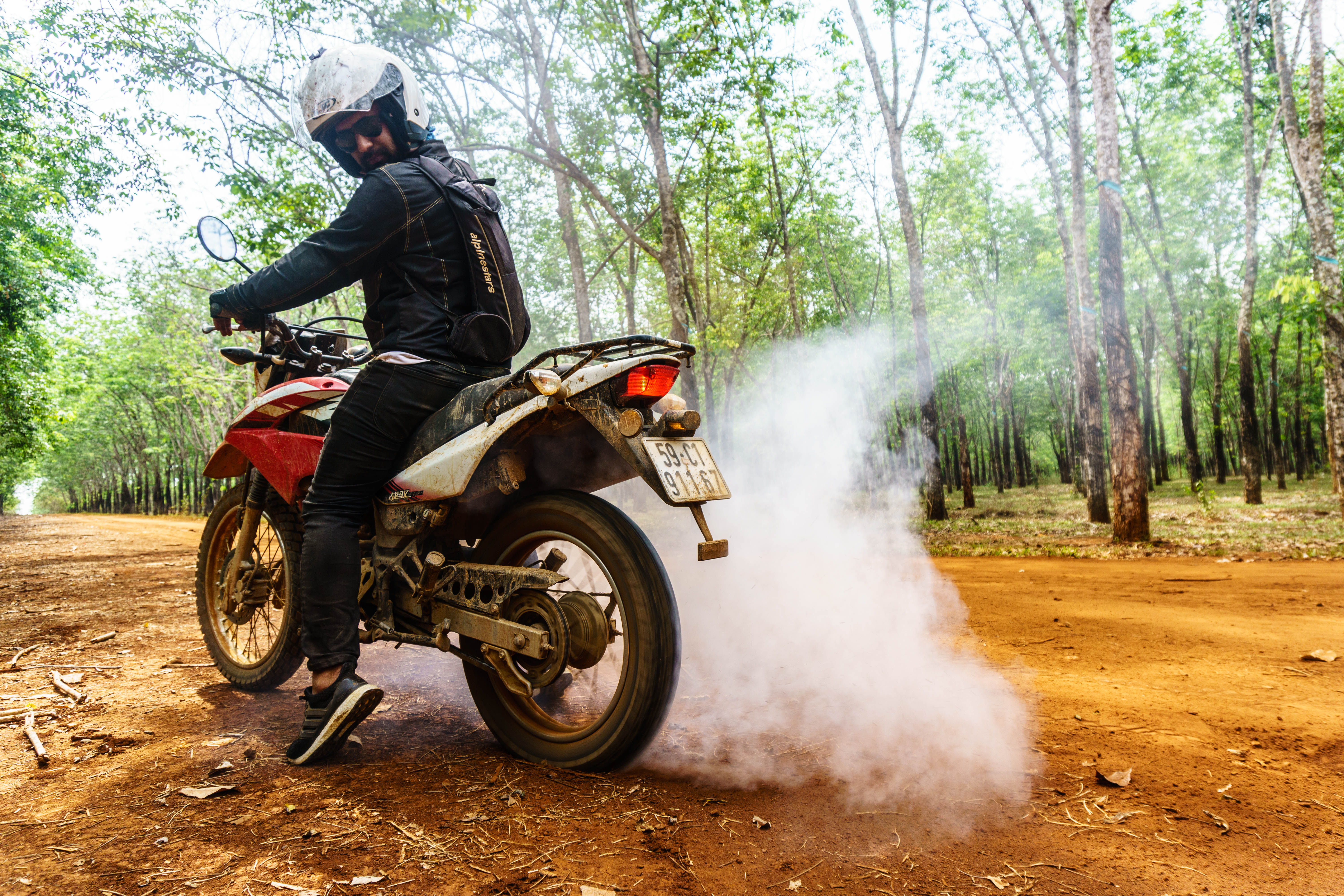 What You Should Look For In A Traveling Dirt Bike

The reality is you’ll want to know the country you’re traveling with the best motorcycle possible for the job. Using a bike the locals use and taking it easy is going to be more fun than ripping across the country at 200km/h on a bike to fast for the roads and no local mechanics know how to do maintenance on. Maybe it won’t be the best bike you thought you needed for the job, but in the end, you might see that the locals know better.

In Southeast Asia or more specifically Vietnam, the most popular dirt/trail bikes are going to be the Honda XR/CRF 150cc. No need to waste your time on a buying guide, just go right for one of these bulletproof machines that are designed to take travelers through the mud, over the mountains, and down the highways of these diverse countries.

In the 110cc class, you’ll be looking at popular road bikes like the 4-stroke Honda Blade. One of the most common bikes on the road in Vietnam. The Blade is incredibly versatile and produced in mass quantities, making it easy to maintain.

Traveling newbies beware! Not all motorbikes in Vietnam are created equal. If you put a 110cc Yamaha Sirius next to a 110cc Honda Blade, you’ll find that the Sirius engine has less power. About 25% less power. Then, if you plan to buy either of these bikes used and one of them was well maintained and the other wasn’t, or worse yet, repaired with cheap Chinese parts, then you’ll see a further loss in power and overall performance. Finally, if you’ve allowed yourself to believe that a cheap Honda Win is the motorbike for you, these garbage Chinese knock-offs have roughly half the power of a real Honda equivalent. It pays to know your motorbikes.

If you’re still concerned whether a 110cc motorbike will be fast enough, first you should know where you’re going to be riding it. In Vietnam, the pace of traffic is incredibly slow. Traveling above 60km/h in urban areas is virtually impossible. Heavy traffic coupled with a population of distracted drivers carrying a family of four on a two-seater bike, talking on cellphones with one hand, and riding like the world has no deadlines means that anything above 150cc is probably a waste of power. 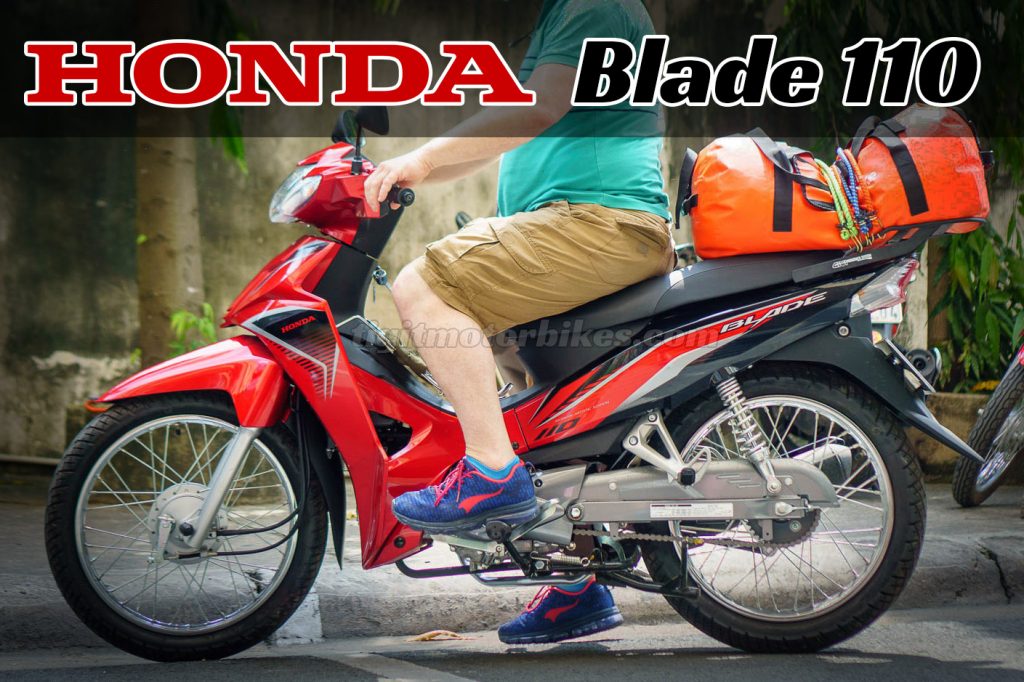 Side By Side Comparison

One Reply to “Comparing 110cc to 150cc Motorbikes: How much more power do you get?”